I had a free weekend. I was feeling up for some European travel. I wanted to get into the Christmas spirit. I booked a one-night holiday in the tiny Austrian city of Salzburg, home of Mozart and the Sound of Music.

I left early in the morning and somehow ended up at Stansted airport a full three hours before my flight was set to leave. That’s way too much time for anyone to spend at the airport. I was so ridiculously tired that I found a bench and slept for an hour.

Arriving in Salzburg was pretty easy – quick passport line and public transportation was easy to find. I look the bus into the Aldstadt area and hit the ground running. I found a bakery as soon as I could and ordered sachertarte and apfel strudel. The cake wasn’t as good as I expected because everyone raved about this marvelous Austrian cake I had to try. My experience at Schatz Konditorei was tainted because I got the bill of 15 euro and the %&$#@ waitress told me that because I didn’t specify that I was paying by card, I had to pay with cash because the bill wasn’t expensive enough. Which is absurd. I’ve heard of $5 minimums. I’ve heard of $10 minimums. But I’ve never heard of what would end up being about an $18 minimum. If I had made it a big deal, I probably could have paid by card, but I was immediately put into a funk by this establishment.

After that disappointment, I passed through the Christkindlmarkt, but didn’t do a full round because I was saving it for later in the evening. I walked right through to find the pathway to the Hohensalzburg fortress. It was barely a ten minute walk uphill, but I discovered that one must pay to walk all the way up. I decided to take in the views from there and went for a walk where I found some more stunning views of the opposite side of the hill. 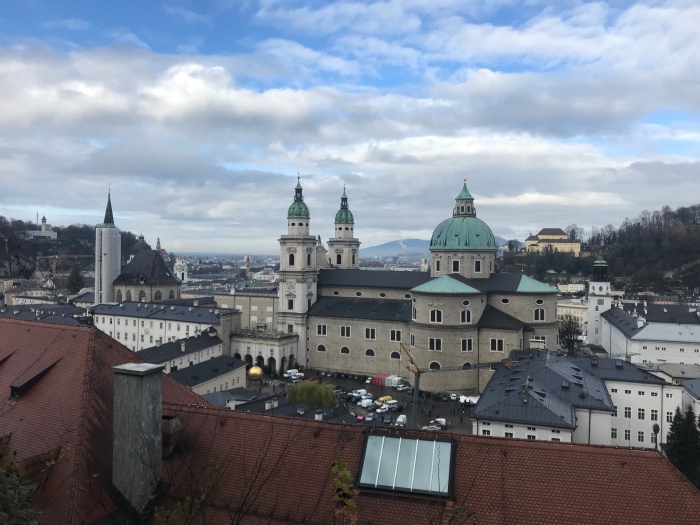 What I meant to be a lengthier hike took me right back to where I started in barely an hour – the only thing left to do was eat more cake. I went to Cafe Tomaselli where I was able to use the toilet before finding a place to sit in the smoking section (how is that still a thing?). I ordered two slices of cake that were better than those at the first place, but still nothing compared to Cafe Ruszwurm in Budapest. 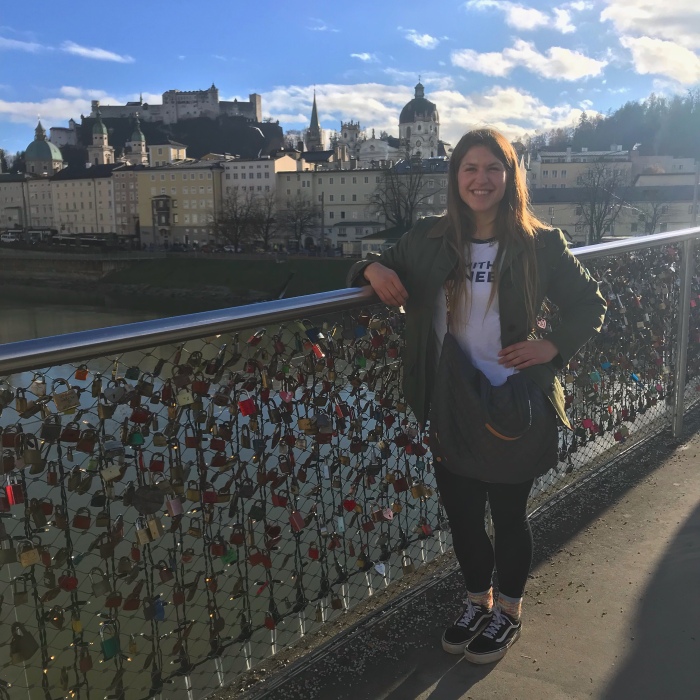 Next, I went to the market and walked around, buying ornaments and sauerkraut.

I took a quick journey to the gardens at Mirabellplatz where the sun peaked out for a moment.

I returned to Christkindlmarkt for a few more laps before heading toward my hostel. I stopped for real food – salad and a vegan sandwich at a vegan cafe close by.

This was my first hostel experience, and I understand it could have been so much worse. I got there pretty early in the evening and had some time to myself, but I had to sit on the floor by the outlet to use my phone and couldn’t relax, knowing that someone could walk in at any time. I shared the room with three other people (it was mixed gender, but gender isn’t real).

I went to sleep fairly early at 9pm-ish, and didn’t wake up until someone brushed their teeth the next morning. I was happy to have not been disturbed all night, but waking up before my alarm was still annoying.

I left at 9ish to head for brunch at a cafe. When I arrived, they told me it was reservation only despite the place being empty. I took this as an excuse to have a cappuccino and my first chimney cake ever at my home-away-from-home, Christkindlmarkt.

I sat and people-watched for while before making some rounds at the market. There is very little to see or do in Salzburg without spending money, so I walked my laps for a few hours. 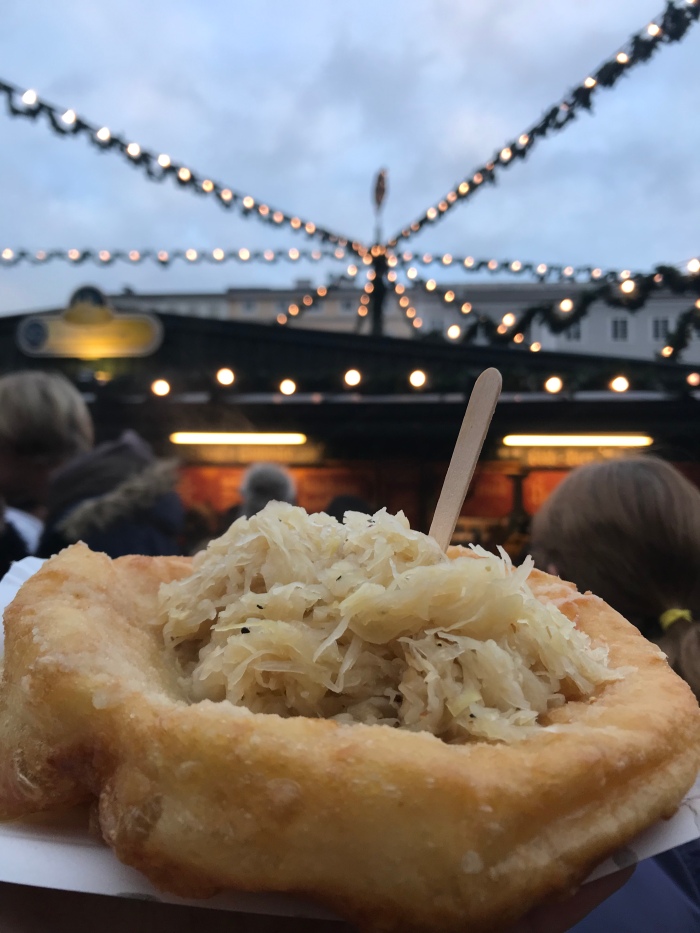 I stopped for sub-par apfel strudel and (two) of those sauerkraut on fried garlic bread things. I took a poppyseed-coated pretzel to go and headed to the airport (very early).

It was cold and rainy, and I had seen it all so I did a course reading in the airport.

Salzburg was good for a quick trip, and I could see it being a short stop along a larger trip, but no need for any more than one night.