At the tail-end of my cross-country journey to Death Valley, Greg and I spent the night in a beautiful Utah state park. Well, we didn’t actually know it was beautiful because we arrived long after dark, but it was confirmed the next morning.

We woke up (pretty cold) in Fremont Indian State Park early the next morning. We walked around and checked out the visitor’s center while making the last-minute decision to check out Bryce Canyon NP. Without anything resembling cell service, we had to ask for directions to head in the right direction before our GPS caught on.

The park rangers all but forced us to at least go on a short walk to view petroglyphs before leaving their charming park. There was also a 5K going on that we were tempted to sign up for, but vetoed for lack of a showering facility.

After a breakfast stop in Panguitch, we headed into the park. I had absolutely zero expectations about what Bryce would look like. My memory of it playing a role in National Parks Adventure was completely gone, and I don’t think that the fact that “Canyon” was in its name tipped me off enough. We headed into the busy Sunrise Point parking lot on a busy Saturday (we didn’t plan), and I couldn’t help but break out into a run to see what all the fuss was about.

At the edge of the canyon, I was overwhelmed with emotion. I don’t know that I’ve ever been affected by nature in such a severe way. I could help but fall to the ground and let it all out.

We sat there watching the rocks erode for a while before exploring more. We found the entrance to the trail to the floor of the canyon. Not having any idea how long it would be due to our excellent preparation for the stop, we didn’t want to go very far. 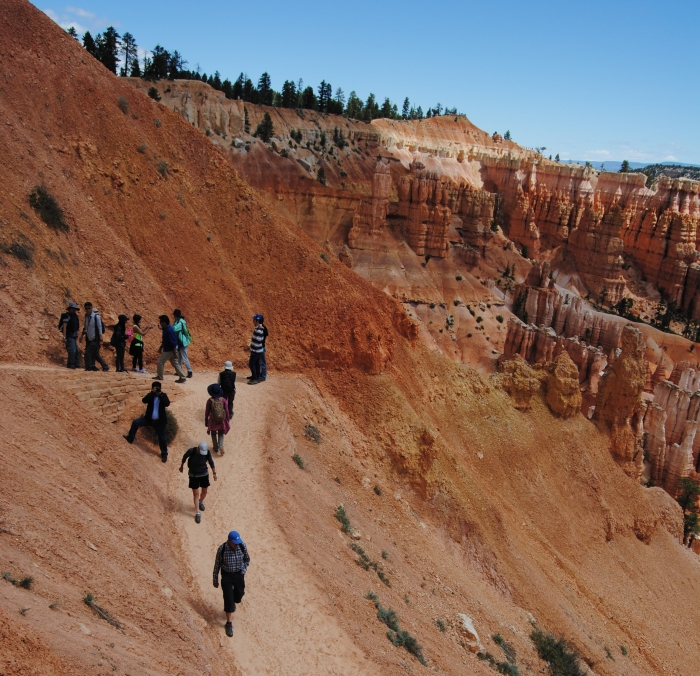 We headed back to the car to drive to the next scenic view and repeated this for a couple hours. Having a better understanding of National Park layouts and what a canyon is, it makes sense now that there was one road with stops all on one side. However, this was my second park after Acadia, so my outdoor comprehension skills were not yet up to par.

Lack of preparation extended to our food supply as well. Although we had hundreds of dollars worth of overpriced snack food purchased with Greg’s remaining dining dollars from UMass Amherst, we always expected to stop and eat out for real meals. The snacks often gave us the option of making it longer between meals, but it was a rookie mistake to not have any real meals planned for long stretches of road in the car. This also demonstrates my lack of park-preparedness in general since I didn’t realize there wouldn’t be food available in Bryce Canyon. 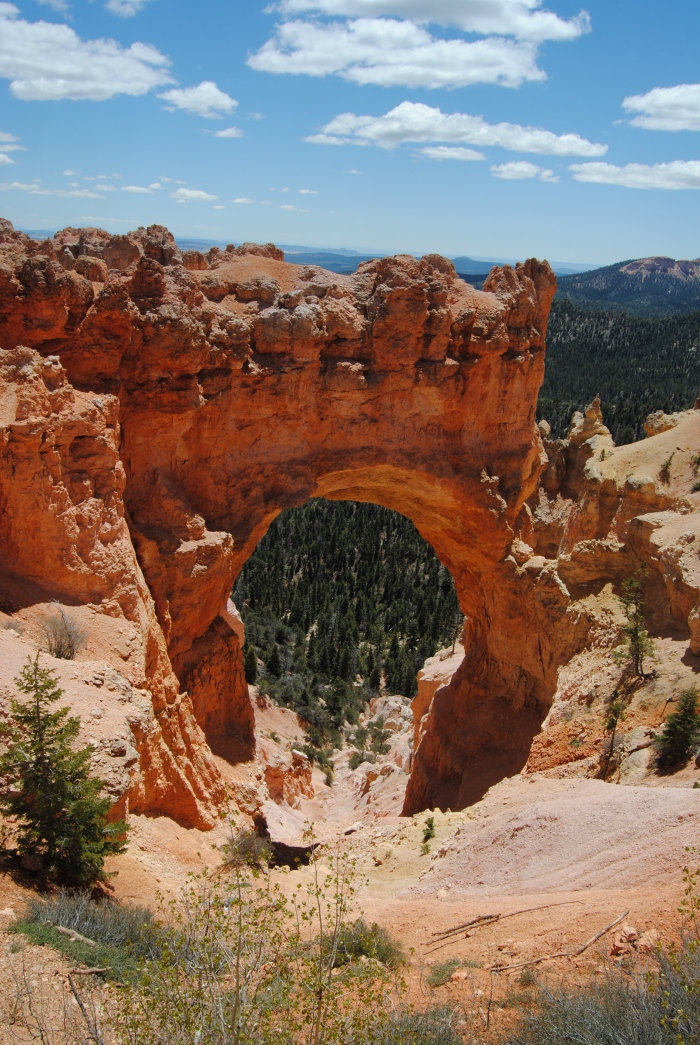 I enjoyed the limited time I spent at all of the points and overlooks, but I hope to go back soon to take a closer look and do some more serious hiking. Looking back, I’m really glad that my first two parks were Acadia and Bryce because they’re both really unique and particularly beautiful. Rather than checking out the Disney-esque parks first, I avoided crowds and extreme heat by visiting Acadia on a rainy day in October 2016 and Bryce on a cold morning in May 2017.

One thought on “Bryce Canyon: A Last-Minute Trip”