*This is entirely my opinion from my limited perspective.

From the moment we stepped into our first classroom, Kawaii culture was apparent. At a school in which girls had a very strict uniform and were not allowed to go anywhere directly from school, there was little in the name of self-expression. The one area where a girl could be unique or creative was in her pencil case.

Some are colorful, some are in the shape of Disney characters, some are rigid, others are flimsy. Within each case is housed a plethora of pencils and their accompanying accessories. Colorful erasers and white-out pens, highlighters and color-changing pens. Even many of these have little images of beloved animated characters on them. I could tell that each student carefully curated her collection of stationery objects, so I was sure to admit my appreciation whenever I could.

I had expected Tokyo to be full of brights colors and lights, but I didn’t expect just how ingrained these aspects are in the culture. I could analyze the sexism and oppression that the student faced with their strict dress codes and lack of freedom, but I’m not prepared to defend such statements. I would prefer to focus on the fact that even traffic barricades had cartoons on them.

It is evident from my travels that everything in Tokyo (maybe Japan) is simply cuter. I had not realized until I got here that “kawaii” was the Japanese translation of “cute.” I had heard kawaii used often to describe stickers and subcultures of women who wore colorful clothes, but I had yet to understand the extent of it.
I was shielded from kawaii my first couple of days because I visited Akihabara which is focused on electronics and anime, the less kawaii things Tokyo is known for. Just from walking around and seeing advertisements, Tokyo’s attraction to pictures of small animals with big eyes and bows was obvious. From the cute desserts and the colorful accessories, kawaii was everywhere, but it was the most blatant when I finally visited Tokyo Disney.
I first visited the unique Tokyo Disneysea. It was the most intricate and beautiful Disney park I’ve seen so far. Built around a pond of water with mostly river/ocean-themed attractions, Disneysea is unlike anything I’ve seen. It could be most compared to Disney California Adventure in the sense that it has more thrill rides and is in close proximity to a classic-looking Disneyland. Ten minutes into my time in the park and I had seen a myriad of adorable treats: blue drinks in honor of the new Nemo ride, popcorn flavored to the “land” it was located in, and Mickey/Minnie flavored popsicles. This seemed to be the Kawaii-food capital of Tokyo. The next day I visited Tokyo Disneyland which is very similar to the original Disneyland and Magic Kingdom. Here I found a bakery which character-themed breads and numerous collectible popcorn containers which could be refilled at the many stations throughout the park. The food was only the beginning. 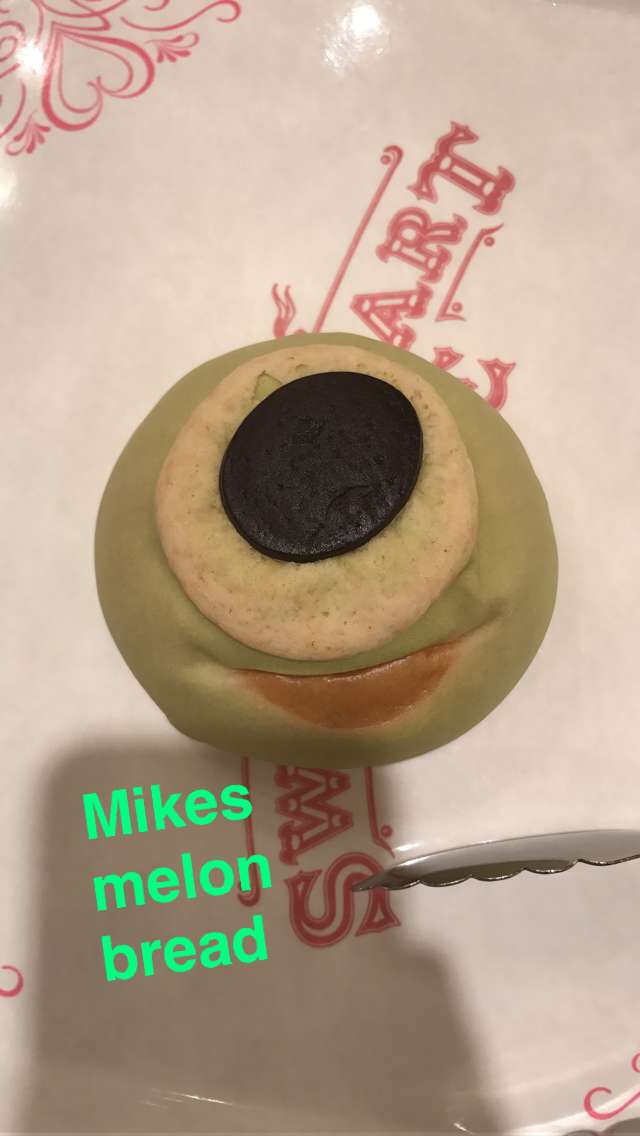 Without entering a gift shop, one could view the Tokyo-exclusive merchandise. Furry coin-purse necklaces that hold your ticket, phone and purse charms, full-sized plush tote bags in the shape of Duffy, the Disney bear. (My ex-boyfriend was super into Disney, so I had already known who Duffy was, but I did not know that he had friends, including a new cat friend named Gelatoni.) It seemed that Tokyo Disney didn’t even need a marketing campaign, it was already all over the city. Every student I asked said that she loved Disney and had been to the Tokyo parks many times. It was a no-brainer for them; it fit perfectly into their kawaii culture.


I fully understand that looking at cute things makes you happy, there is plenty of evidence to prove this. However, consumerism ties in perfectly to this kawaii culture. Advertisement are constantly being pushed onto onlookers, intimidating them into buying the cutest pencil case or a new pen with their favorite character on it. It seems nearly impossible to ever be content with only one of these pointless objects unless one focuses on the usefulness of such instruments.
I will admit, I bought some pens. However, I can rationalize this because I have a thing for pens. While I have my complaints about kawaii culture, it has certainly allowed me to not look ridiculous when I point at everything and excitedly say, “Kawaii!”